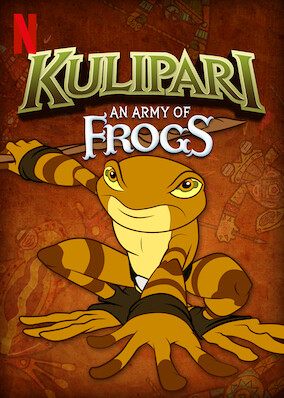 Pick a random title Kulipari: An Army of Frogs / Season 1

When longtime enemies band together to destroy the Amphibilands, a young wood frog vows to fight back by following in his father's footsteps.

Kulipari: An Army of Frogs 2016 3.0/5 TV-Y7 SuperHD Play Queue Netflix Page In a tale of bravery and heroism, fearless frogs go to war against the sinister scorpions and spiders that have teamed up to conquer the amphibians. Mark Hamill, Keith David, Wendie Malick, Josh Keaton Sep 02, 2016