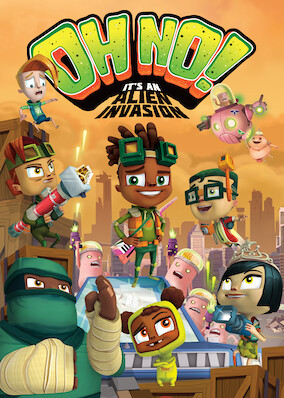 Pick a random title Oh No! It's an Alien Invasion

Nate and his Super Wicked Extreme Emergency Team -- S.W.E.E.T. -- take on alien invaders who have captured all the world's grownups.