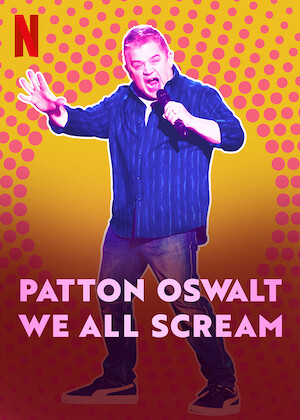 Pick a random title Patton Oswalt: We All Scream

Patton riffs on the hazards of aging, his failed shutdown plans and the day his wife turned into a Valkyrie in this stand-up special he also directed.