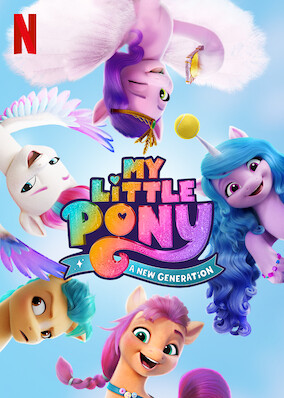 Pick a random title My Little Pony: A New Generation

Equestria's divided. But a bright-eyed hero believes Earth Ponies, Pegasi and Unicorns should be pals — and, hoof to heart, she’s determined to prove it.