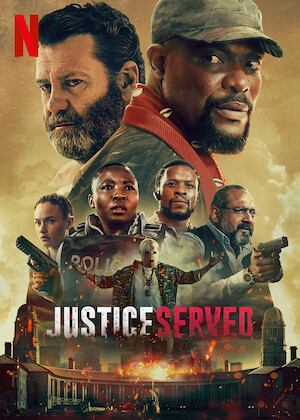 A band of freedom fighters invade the trial of a white police officer who shot a Black man — and a hostage situation unfolds on screens nationwide.