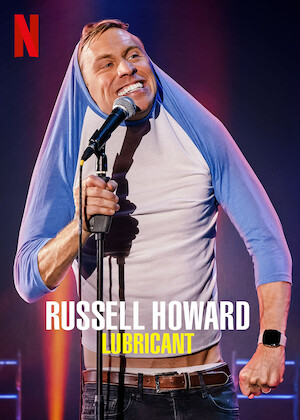 This two-part special features comic Russell Howard's delayed-yet-delighted return to the stage and a look at his life during an unexpected lockdown.

Russell Howard: Lubricant 2021 NR SuperHD Play Netflix Page The self-deprecating stand-up discusses differing vaccine views, global women leaders, some intimate pleasures and his own parents in this live show. Dec 14, 2021
Russell Howard: Until the Wheels Come Off 2021 NR SuperHD Play Netflix Page Just as Russell was set to embark on a world tour, the world had other plans, turning things upside down for him, his doctor wife and their shared life. Dec 14, 2021