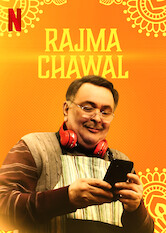 Hoping to revive his relationship with his resentful millennial son, an internet-rookie widower assumes the online persona of a young woman.