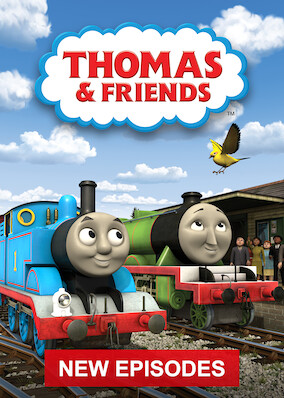 This animated children's series follows the adventures of Thomas, a cheerful blue tank engine who lives on the island of Sodor.