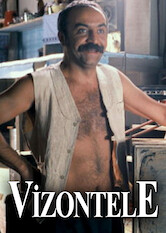 In 1974, a rural town in Anatolia gets its first television set -- an event that's met with both excitement and trepidation by the villagers.