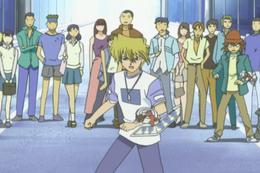 Espa Roba’s ESP is a hoax, but Joey is not free from his mental manipulations. As Espa seems sure to defeat him, Joey wonders if his luck has run out.