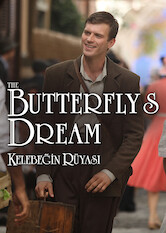 Forced to work in a coal mine during World War II, two young poets find some escape when they both fall for the same woman.