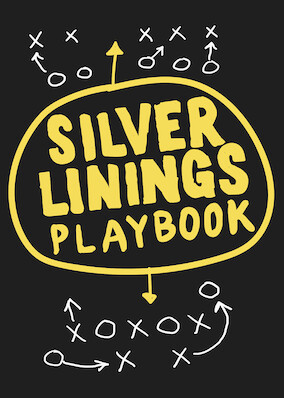 After a stint in a mental hospital, Pat moves in with his parents and tries to win back his wife, until he meets a woman who's as unstable as he is.

Stealing Chaplin
Zombie For Sale
Attack the Block
Rick and Morty (Uncensored): Season 5 $
The Lair of the White Worm
The Shawshank Redemption $
Princess Of The Red Ficus Tree - Dazang Tukung
Catch Me If You Can
How The Earth Was Made Season 1
Aliens Special Edition
Stealing Chaplin
The Invention of Lying $
Lark Rise to Candleford Season 1 $
Nesting
Strangers
The Nordic Murders, Season 1
Zombie For Sale
Water For Elephants
The Bridge Season 1
Attack the Block
❮ ❯