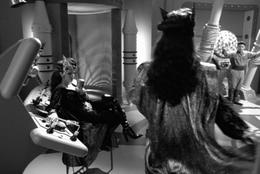 In a letter to his father, Tom Paris tells the story of the events leading up to his demotion to Ensign and his sentence to 30 days in Voyager's brig.

The Supernatural
The Open Door
The Offering
Among The Shadows
Dr. Tarr's Torture Dungeon Aka Mansion Of Madness
Delivery: The Beast Within
Crack in The Floor
I Am Fear
For Jennifer
Dwellers
Jack Goes Home
Jack the Reaper
Johnny Frank Garrett's Last Word
The Maid
Night Of The Bloody Apes
My Own Private Idaho $
Blade of the Immortal (English Subtitled)
Among The Shadows
Pecker $
Blade of the Immortal (English Subtitled)
❮ ❯