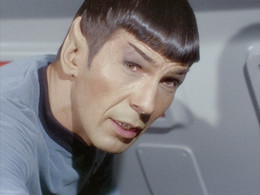 Spock, Bones, Scotty and others crash-land on a planet where they're attacked by deadly giants. Spock risks their lives on a slim chance at a rescue.