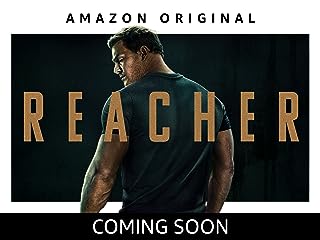 REACHER, a 6’5”, 250-pound, brilliant retired special investigator for the U.S. Army Military Police, visits the small town of Margrave, GA and is quickly arrested for a murder he did not commit. Despite his alibi proving his innocence, Reacher vows to stay in town to track down the murderers once he discovers a personal connection to one of the victims. Teaming with Chief Detective OSCAR FINLAY and Officer ROSCOE CONKLIN, Reacher’s investigation leads him to unassuming banker PAUL HUBBLE, who—despite his apparent innocence—flees town, leaving behind his wife and two daughters who are forced into protective custody. During his investigation, Reacher faces off against dirty Margrave police officers, mysterious hitmen, ex-South American military, the suspicious MAYOR TEALE, and the town’s wealthy yet duplicitous KLINER family. As Reacher and his team continues their investigation, they are joined by Reacher’s old army friend NEAGLEY. As more grisly crime scenes are discovered, they soon realize that this case is much bigger than just murder and a multi-million-dollar conspiracy is uncovered. The first season of Reacher is based on the international bestseller, The Killing Floor by Lee Child.