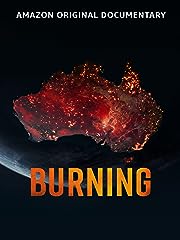 From the lens of Academy® and Emmy-award winning Australian filmmaker Eva Orner, Burning takes an unflinching look at the unprecedented and catastrophic Australian bushfires of 2019-2020, known as ‘Black Summer’. Fueled by climate change, the nation’s hottest and driest summer ever recorded resulted in bushfires that burned over 59 million acres, killed or injured an estimated three billion animals, and affected millions of Australians. Burning is an exploration of what happened as told from the perspective of victims of the fires, activists and scientists. The preceding years of drought play directly into the ongoing hot-button issue of Climate Change, with the film drawing comparisons between government inaction & media perceptions, and a bushfire season that would wreak an extraordinary level of destruction upon the landscape – as well as raising questions about how we move forward as a nation to ensure this piece of history is never repeated.