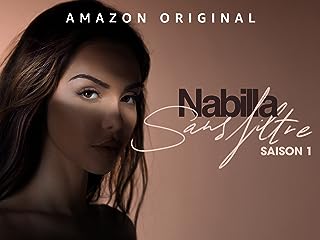 Ten years ago, Nabilla, a young and uniquely beautiful woman with a special charisma won France's heart and never let go. It only took one catchphrase to make her famous: “I mean, like, hello...you’re a girl and you’ve got no shampoo?” Nabilla was only 20, it took 22 seconds and it made her famous. A genuine social phenomenon, Nabilla became a reality TV star, loved and hated in equal measure. Having always wanted to be famous, she became a prisoner of her own dreams. A guest on France's biggest TV shows, a model for Jean-Paul Gaultier, and a real superstar, she endured an unprecedented media barrage and was subjected to vicious attacks. In 2013, with her boyfriend Thomas, she was at the peak of her powers. And yet, she would soon find herself in prison, accused of the attempted murder of her partner. She faced the possibility of being locked up for 30 years. Her life had been turned upside-down, her father had disowned her, but what made everything go wrong? How would she get out, get back to her one true love, and rebuild her life? Her determination and strength of character would help her overcome all her challenges and emerge stronger than ever. Given her chaotic backstory, how did she become a fashion icon, young person's idol, loving wife, and radiant mother, as well as a formidable businesswoman and influencer with over 6.6 million followers sitting a the top of a global empire? In this unique series, Nabilla opens up and tells all like never before, complete with her doubts, flaws, strengths, and weaknesses, reflecting on the key moments in her life, entirely unfiltered.