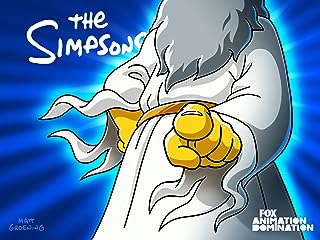 Season 33 of The Simpsons is here! It all kicks off with an all-new Broadway-style musical extravaganza, followed up by a Treehouse of Horror with FIVE terrifying tales — then topped off by an hour-long crime saga which finds Flanders hunted down by a killer from the world of prestige streaming drama. Maggie joins the mob, Bart saves a goat from satanists, and Homer and Marge are more naked and afraid than you’ve ever seen them — 700 episodes and still counting episodes! Guest stars include Kristen Bell, The Weeknd, John Lithgow, Kerry Washington, Beck Bennett, Brian Cox and many more!