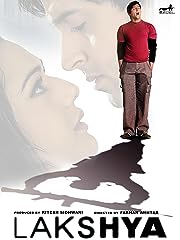 Karan Shergill (Hrithik Roshan), a young boy with no aim in life, lives in Delhi with his parents depending on their income. Karan is in love with a beautiful girl named Romi (Preity Zinta), a student activist who keeps pushing Karan to have a goal in life. Inspired by one of his friends, Karan joins the Indian Military Academy (IMA) but soon runs away from there because of the strict military discipline, which is very unusual for him. Romi gets very upset with the news and breaks her relationship with him, which makes Karan rejoin IMA. After completing his training, Karan joins Indian army under Col Sunil Damle (Amitabh Bachchan). Meanwhile, he gets shattered with the news that Romi is getting engaged. After a while, Romi goes to Kargil as a war correspondent and feels good to meet a changed Karan, who is fighting a war for his country. Will Karan and Romi be together again?