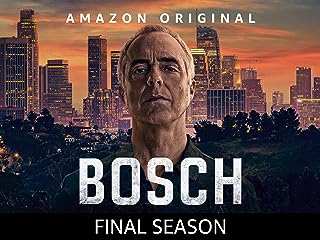 When a ten year old girl, dubbed the Little Tamale Girl, dies in an arson fire, Detective Harry Bosch becomes obsessed with bringing her killer to justice. Bosch and partner Detective Jerry Edgar trace the fire to a conflict between the building’s management, the drug dealer who supplies the building, and a street gang run by Miguel “Mickey” Peña. Bosch knows Peña gave the order, but finds opposition in his attempt to bring him to justice. Newly elected Mayor Susanna Lopez leverages the high profile case to boost her popularity, while Lopez’s aide Jen Kowski gives Chief Irvin Irving the cold shoulder, increasing tension between Irving and Lopez and threatening Irving’s tenure as Chief of Police. Maddie Bosch assists Honey “Money” Chandler with a high profile new client, Vincent Franzen. Franzen offers up a bigger criminal in exchange for immunity, putting Chandler and Maddie in the crosshairs of a dangerous enterprise. Lieutenant Grace Billets is bullied by a pair of patrol officers after teasing them for mouthing off during a roll call assembly. She refuses to be harassed, reporting the incident to IA. The bullying escalates while Billets looks for proof, finding more than she bargained for. Meanwhile, Billets fields inquiries from her detectives regarding re-assignments pertaining to the imminent closure of Hollywood Homicide. Edgar falls apart as he grapples with the consequences of shooting Jacques Avril. Was it self-defense? Revenge? An execution? His inner turmoil spills over into his personal and professional life, drawing the ire of his ex-wife, ex-girlfriend and partner Harry Bosch. Desperate to prove himself, Edgar makes a mistake that could cost Bosch the one thing he cherishes most. Based on Michael Connelly’s best-selling novel The Burning Room (2014) and the real arson case that inspired it, the seventh and final season of Bosch puts Detective Harry Bosch’s famous motto center stage: “Everyone counts or no one counts.”

Shocking Asia 2 $
Stealing Chaplin
Zombie For Sale
Attack the Block
Rick and Morty (Uncensored): Season 5 $
The Lair of the White Worm
The Shawshank Redemption $
Princess Of The Red Ficus Tree - Dazang Tukung
Catch Me If You Can
How The Earth Was Made Season 1
Aliens Special Edition
Stealing Chaplin
The Invention of Lying $
Lark Rise to Candleford Season 1 $
Nesting
Strangers
The Nordic Murders, Season 1
Zombie For Sale
Water For Elephants
The Bridge Season 1
❮ ❯