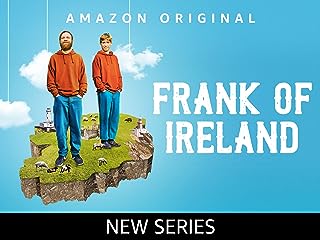 Frank Marron is a 33-year-old catastrophe; a misanthropic, narcissistic fantasist in arrested development who’s convinced that the world owes him something. He’s also our hero. Frank lives in Dublin with his mother, Mary, and that’s fine. He is single and his pocket money hasn’t increased in a decade or so, but you know what? That’s fine too. Frank is a musician. He hasn’t written a song or played a gig in six years and five months, but that is also totally, 100% fine. His ex-girlfriend Aine has just found a new boyfriend, whose name is Peter-Brian, and that’s all you need to know about that guy. It’s the first serious relationship Aine’s had since she and Frank split, and Frank may be finding that a tad difficult. When did they part? About six years and five months ago, but that’s a total coincidence, in case you’re wondering, and so it’s all absolutely fine. Frank is fine. Frank is also fine thanks to his wingman and best friend/gopher, Doofus. It’s Doofus’ job to big up Frank while also clearing the debris relentlessly left in Frank’s wake. It’s a big job for such a fellow. This is the story of a man who’s never been told NO, an adult molly-coddled back into infancy. Can he beat the people around him into submission, manipulate them to his own ends, to achieve his desired goals of fame and respect? Or, more likely, will he burn all around him to the ground in his flailing attempts to do so? We may not want him to succeed, but it’s fun to watch him try.