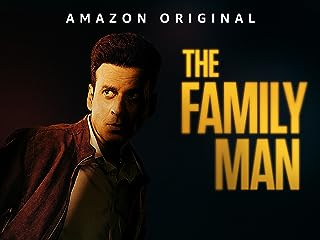 Srikant Tiwari--father of two: a 14 year old daughter Dhriti and a 9 year old son Atharv— is your typical middle class working man who spends his life aspiring for seemingly impossible things like owning an apartment in Mumbai. Suchitra his wife works in a college as a lecturer. The kids think Srikant is uncool because he works for the government. What they don't know is the fact that Srikant works as a senior analyst for NIA’s special cell: TASC. A routine hand over of ISIS suspects from Kerala, blows up on Srikant and his team’s face when the prisoners escape, but Srikant manages to capture two of them using his legendary negotiation skills. The prisoners are held in a secure hospital wing. A scooter bomb explodes killing the bomb disposal squad man and two others. The search for the bomber leads Srikant on a wild goose chase. Srikant's marriage is slightly on the rocks, for his wife Suchitra wants to take a break from working as a lecturer and do something that is challenging. On the kids front Dhriti is being troublesome: she gets suspended by the school after teachers catch her passing on anti-spasmodic pills to other girls in the school. Also, Srikant notices that Suchitra and her colleague Arvind keep chatting on Whatsapp. Despite his best friend JK Talpade’s warnings, Srikant wants to confront her. A RAW asset alerts NIA about Project Zulfiqar and Kulkarni. The NIA chief, alerts Srikant. Thus begins the racy, action-packed adventure called The Family Man. Was Srikant able to thwart the evil designs of India’s enemies? Did he manage to salvage his relationship with Suchitra? What is Zulfiqar? Find out in the first season of The Family Man: Middle Class Guy. World Class Spy.