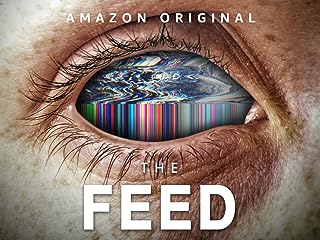 From the writer and co-executive producer of The Walking Dead, comes a timely and ambitious psychological thriller about our addiction to technology, our fear of what itâ€™s doing to our brains, and our terror of having to live without it. At its heart, THE FEED, tells a very human story about survival, family, and the lengths that you would go to protect the ones you love. In the near future, peopleâ€™s brains are directly connected to The Feed. Every interaction, every emotion, every memory can be shared instantly. THE FEED tells the story of Tom and Kate, a young couple trying to resist their addiction to tech. Tomâ€™s father invented The Feed, but Tomâ€™s relationship with his family and the technology that they sold to the world is complicated. As a psychologist he works with people who are addicted to The Feed which makes him worried about how much everyone relies on it. Then something - or someone - starts accessing peopleâ€™s minds through The Feed and â€˜takingâ€™ them over. Peopleâ€™s loved ones wake up as someone else. Tomâ€™s family tries to hide the truth about what is happening and he realizes he has to try and save the world from their twisted creation. Tom has to do whatever it takes to keep his wife and baby daughter safe. But how can you escape danger, when the danger is inside your own mind? The Feed is a thought provoking and scarily plausible family driven Drama. A near- future thriller that promises to be chillingly addictive.