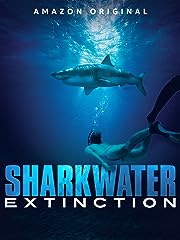 Sharkwater Extinction (2018) is a thrilling and inspiring action-packed journey that follows filmmaker Rob Stewart as he exposes the massive illegal shark fin industry and the political corruption behind it — a conspiracy that is leading to the extinction of sharks. From West Africa, Spain, Panama and Costa Rica, to France, and back to California, Stewart's third film dives into the often violent underworld of the pirate fishing trade to expose a multi-billion dollar industry. Stewart’s mission is to save the sharks and oceans before it’s too late. But exposing illegal activities isn’t easy; protecting sharks has earned him some powerful enemies. Sharkwater, Rob’s first film, brought the devastating issue of shark finning used in shark fin soup to the world stage. His multi award-winning film changed laws and public policy worldwide, and created hundreds of conservation groups. Today more than 90 countries have banned shark finning or the trade of shark products. Rob’s second film, Revolution, was the first feature film to platform the devastating effects of Ocean Acidification. Sharks, the top predator controlling the fish populations below them and the plankton that give us our oxygen, are being fished to extinction in an ecosystem they have controlled for 400 million years. Stewart dedicated his life to conservation, saying: “Conservation is the preservation of human life. And, that, above all else is worth fighting for.” He taught the world to love the oceans and their creatures and not fear sharks through his iconic images of hugging and free diving with sharks and mantas. Tragically, Rob died in a dive accident in January 2017 while filming Sharkwater Extinction in the Florida Keys.