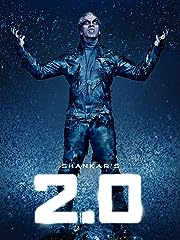 A dejected old man, hangs himself to death in a cell phone tower. Cellphones begin to fly off and vanish from every nook and corner of the city. This unprecedented event creates panic everywhere. To know the reason behind this, a panel of scientists, government and police officials meet up. ! Vaseegar - a scientist, well known for his creation, ""Chitti - The Robot"" gives his suggestions to the panel regarding the abnormal disappearing of cellphones. Government rely on Vaseegar to lend his help during this critical situation. He suggests government that the only force to fight this scenario can be his Banned Robot Chitti but heavy opposition rises from the panel since they feel Chitti is equally dangerous. The Home minister rejects Vaseegar's proposal and relies on the Military to take over the situation! The cellphone swarm continues its killing spree, with gory murders of the various people in the city. Vaseegar realizing that something will go wrong, sneaks into the Artificial Intelligence Museum, where Chitti has been dismantled and kept for display. With the help of Nila Vaseegar steals Chiiti from the A.I Museum.! Military stands no match to the energy controlling the cellphones. Cellphone swarm shatters military and begins to attack civilians. Home minister understanding the failure of military, instructs Vaseegar to activate his Robot. Vaseegar who is already well prepared for this situation activates Chitti with the push of a button. Chitti encounters the swarms of cell phones to find that the energy controlling them is a paranormal entity. Vaseegar with the help of his two robots Chitti and Nila, confronts with the swarm force and how they manage to destroy it is the rest of the story."