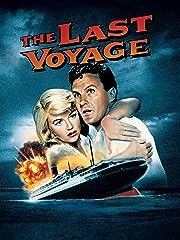 Robert Stack, Dorothy Malone and George Sanders star as two passengers and the captain of an ill-fated ocean liner on The Last Voyage.While Cliff and Laurie Henderson (Stack and Malone) are enjoying an ocean cruise with their daughter, Jill (Tammy Marihugh), one of the main boilers in the aging liner explodes. Over the chief engineer's (Jack Kruschen) recommendation to shut down and inspect for damage, the captain (Sanders) orders his crew to keep the vessel moving -- an order that will doom his ship and cost his life and the lives of his passengers and crew.