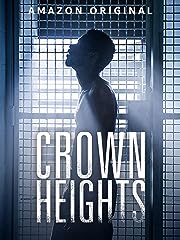 In 1980, a young man named Marvin Grant was gunned down in Flatbush Brooklyn. Clarence Lewis, a 15-year-old with a penchant for lying, told the police he “saw what happened” and was pressured to identify a suspect. This set into motion a series of events that led to the arrest of Colin Warner, an innocent teenager who lived in nearby Crown Heights. The police investigation was marred by misconduct and coercion of witnesses, culminating in a bizarre trial in which an innocent man was tried alongside the actual perpetrator. Both men were found guilty of murder and sentenced to life in prison. Colin’s childhood friend Carl King, haunted by this injustice, began fighting for Colin’s freedom. He raised money for appeals and became a process server to learn about the legal system and recruit lawyers to take up the case. Determined not to adjust to prison life, Colin regularly fought with guards and other inmates. He believed that prison rules should not apply to him as an innocent man and spent more than four years in solitary confinement during the first decade he was incarcerated. When his grandmother died in Trinidad, Colin put an end to his self-destructive behavior and began mounting a fight to free himself. He worked on his own appeals in the law library, studied to earn his GED and solidified allies on the outside. Carl worked faithfully for more than a decade to support Colin’s efforts and involved a childhood friend named Antoinette who also devoted herself to Colin’s cause. Eventually, Colin and Antoinette fell in love and were married while Colin was in prison. After serving fifteen years Colin was up for parole. Colin was denied parole to not taking responsibility for the crime. He was denied parole two more times over the next six years and decided he would rather die in prison than express remorse for a crime he did not commit. After serving twenty years, Colin became convinced he would die in prison, but Carl King was unwilling to give up. In 1999 Carl met William Robedee, a Brooklyn-based lawyer who agreed to review Colin’s case in exchange for Carl’s services as a legal courier. Robedee began working with Carl to reinvestigate the case. They compelled the actual perpetrator to cooperate with their appeal, uncovered new evidence, secured statements from eyewitnesses who had previously lied to the police and earned the support of the victim’s family. In 2001 their appeal compelled the New York State Supreme court to release Colin from prison. Colin and his wife Antoinette live in Georgia with their two children. Carl continues to investigate wrongful convictions.