Beyond Borders: No Regret 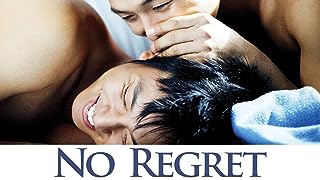 Sumin is an orphan trying to balance work in a factory with study at an art college and an evening job. One night, a rich young businessman makes an advance on him during one of his driving jobs. They meet again the next day--it is during a round of redundancy cuts at the factory where Sumin refuses an attempt by a man (who is in fact the boss' son Jaemin) to save his job. Eventually, Sumin is seduced into working as a prostitute in an up-market boy-brothel as Jaemin's obsession with him grows, leaving Jaemin helpless in the face of his overwhelming desire.