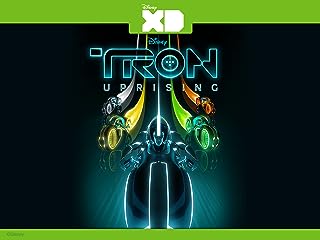 Inside the computer world of the grid, a young program named Beck becomes the unlikely leader of a revolution against a corrupt regime. His mission is to free his home and liberate his friends from the oppressive reign of the villainous Clu and his evil henchman, General Tesler. Beck continues his training under the guidance of Tron, becoming even more influential throughout Argon City as the Renegade, but he will soon discover a shocking secret that will annihilate all of his assumptions about his role as Tron’s mentee. Meanwhile, Beck works to balance his life with his friends Mara and Zed at Able’s Garage with his duties as the Renegade while he begins to assemble a team for the Uprising.