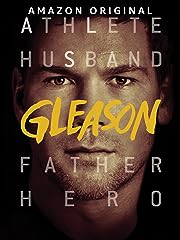 At the age of 34, Steve Gleason, a former NFL defensive back and New Orleans hero was diagnosed with ALS and given a life expectancy of two to five years. Weeks later Steve and his wife Michel discovered that Michel was pregnant with their first child. Director Clay Tweel's (Finders Keepers, Print the Legend) film masterfully assembles roughly four years of footage including personal and surprisingly humorous video journals shot by Gleason himself for his then-unborn son Rivers and his globe-trotting adventures undertaken as part of his mission to live his life to the fullest. What emerges from this incredibly intimate portrait is not only a showcase of the astonishing assertion of the human spirit, but more importantly a powerful and inspirational look at life, love and family and the intense bond between husbands and wives and fathers and sons in sickness and in health.