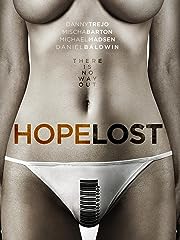 Sofia is a young Romanian girl who dreams of becoming an actress. One night at a club, she meets Gabriel, who claims to be a producer and wants to cast her in a TV show he is filming in Italy. But after she arrives, she horrified to learn that she has been sold to pimps and forced to earn for them as a prostitute on the street. Things get darker with the arrival of Ettore, who makes a deal with the pimps to sell the girls off again to the highest bidder - this time to star in a snuff movie, commissioned by a very rich and dangerous buyer.