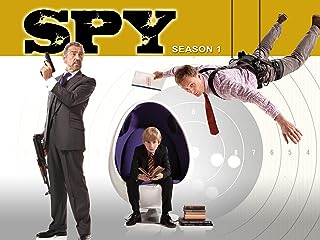 In this award-winning British sitcom, bumbling single father Tim Elliott (Darren Boyd - ReGenesis, Holy Flying Circus) is embroiled in a tricky child custody battle with his acidic ex-wife Judith. Desperately trying to win the respect of his unimpressed, horribly precocious, 9-year-old son Marcus, Tim decides to quit his dead-end computer store job and look for something awe-inspiring. In applying for a civil service position, Tim is accidentally recruited as a trainee spy for MI5 - and now he has the coolest job in the world - but he cannot tell a soul. Struggling to juggle his family and professional lives without his secret being discovered, Tim begins to learn a very unorthodox approach to the espionage game from his irrepressible, ninja-star-throwing MI5 boss, The Examiner (Robert Lindsay - My Family, Horatio Hornblower).