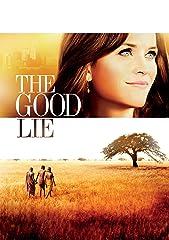 They were known simply as "The Lost Boys." Orphaned by the brutal civil war in Sudan, these young victims traveled as many as a thousand miles on foot in search of safety. Fifteen years later, a humanitarian effort would bring them to America. Academy Award® winner Reese Witherspoon stars alongside Sudanese actors Arnold Oceng, Ger Duany, Emmanuel Jal, and newcomer Kuoth Wiel, to bring the story of their survival and triumph to life. Thirteen years after surviving an attack on their village and difficult trek to Kenya, the now young adults are given the opportunity to leave the refugee camp and resettle in America. Upon arriving in Kansas, they are met by Carrie Davis, an employment agency counselor enlisted to help find them jobs -- no easy task, when things like light switches and telephones are brand new to them.