Secrets of the Dead: The Lost Gardens of Babylon 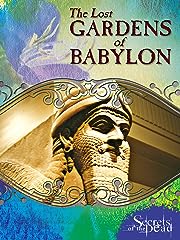 From PBS - A world wonder so elusive; it must be mythical... Centuries of digging have turned up nothing. Is it possible everyone has been looking in the wrong place? The Lost Gardens of Babylon follows Dr. Stephanie Dalley as she hunts to find the location of one of the ancient wonders of the world. Until now; no one has been able to find a trace of the spectacular gardens. Dalley will use ancient cuneiform texts and declassified spy satellite images to uncover evidence that supports her theory that the gardens were built 100 years before is commonly believed. Her search takes her to one of the most dangerous places on earthВ¬-Iraq which was plagued with violence during her trip there but may just be the home of the garden. Along the way; she visits the remains of a vast and complex canal system that may have provided water to the gardens and learns about highly skilled feats of engineering used hundreds of years before it is thought the Romans invented them. It's a modern-day adventure story about the search to find a site thousands of years old.