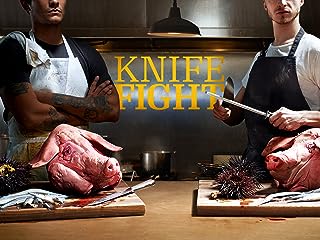 In the premiere season, "Top Chef" season two winner Ilan Hall hosts the after-hours cooking competition in his downtown Los Angeles restaurant The Gorbals, where two respected chefs get only one hour to wow the judges, celebrity critics and self-proclaimed foodies by cooking up at least two delicious plates from a combination of two to three secret ingredients. As the chefs face off, they feel the heat as they're cheered and heckled by the rowdy crowd, including celebs Drew Barrymore, Elijah Wood, Jason Lee, and of course their friends and family. But it's not about the win for these culinary masters. It's only about the food.