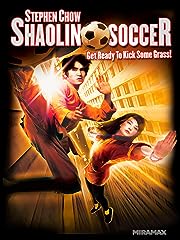 With tons of action, eye-popping special effects and nonstop laughs, here's a hilarious martial arts comedy about a team of misfits who take their best shot at winning a championship! Sing is a skilled Shaolin kung fu devotee whose amazing "leg of steel" catches the eye of a soccer coach! Together they assemble a squad of Sing's former Shaolin brothers inspired by the big- money prize in a national soccer competition! Using an unlikely mix of martial arts and newfound soccer skills, it seems an unbeatable combination...until they must face the dreaded Team Evil in the ultimate battle for the title!