The Woman Who Wasn't There 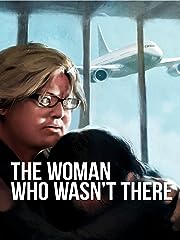 The Woman Who Wasn't There is a psychological thriller that goes inside the mind of history's most infamous 9/11 survivor. Tania Head's jaw-dropping tale of escape from the south tower was the most astounding: the unimaginable hell she witnessed, the injuries she suffered, and the tragic loss of her fiancé, Dave, in the north tower. She rose to national prominence when she became President of the World Trade Center Survivors' Network - putting survivors on the map and on the road to recovery.