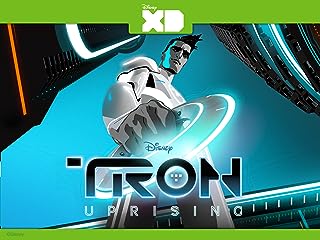 Inside the computer world of the grid, a young program named Beck becomes the unlikely leader of a revolution against a corrupt regime. His mission is to free his home and liberate his friends from the oppressive reign of the villainous Clu and his evil henchman, General Tesler. In this quest, Beck is recruited and trained by Tron – the greatest warrior the grid has ever known. Tron not only teaches Beck the fighting skills he will need to challenge this brutal military operation, but he also becomes a mentor and father figure to Beck as he grows beyond his youthful, impulsive nature into a courageous, powerful leader who can inspire an uprising.

The Hitch Hiker
Hunan: The Other World of Avatar
I Cover the Waterfront
An Inspector Calls
Italy's Mystery Mountains
The History of Time Travel
Lilith
Kaagaz Ki Kashti
The King of Masks
The King of Thieves
Kshay
Lady Behave!
Landline
The Last Days Of Patton
Last Flag Flying (4K UHD)
Leave No Trace
The Lemonheads
Kentucky Fried Movie
T-34 (Director's Cut)
The Lies We Tell But the Secrets We Keep 3
❮ ❯