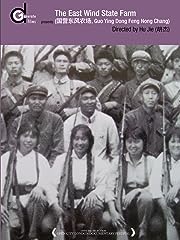 In 1957, two hundred teachers, students, and cadres were labeled as "Rightists" for voicing criticism of the Communist Party and sent to the East Wind State Farm in southwest China. As part of China's disastrous Great Leap Forward, these inmates were forced to take part in ill-conceived deforestation, agricultural and industrial projects that led to wide-scale famine. Later they endured the Cultural Revolution when their camp was visited by large groups of "sent-down" youth from the cities. After 21 years of "remolding," the "Rightists" were finally "rehabilitated" in 1978 and allowed to leave. THE EAST WIND STATE FARM re-examines the tragic events of Chinese modern history during the height of Maoist rule. Director Hu Jie collects dozens of extensive interviews with both inmates and staff who served through three decades of the camp's existence. THE EAST WIND STATE FARM is "a film that should be seen by anybody interested by how a simple idea, propagated by an autocratic national leader, can lead a country to disaster" (Open City London Festival).