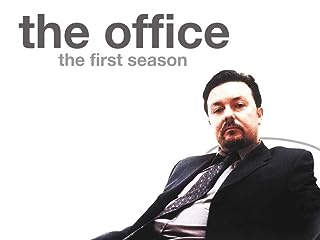 Ricky Gervais and Steven Merchant star in this internationally recognized, BAFTA winning comedy set in suburban London at Wernham Hogg, a dysfunctional paper company where life is stationary. David Brent is a petty, pompous boss who thinks he's the funniest, most popular man in the world. Pedantic and insufferable underling Gareth, Assistant to the Regional Manager, agrees with him. Tim is popular and funny but the joke is on him, as he's stuck in the middle of their little world - a world in which he hates everything except the receptionist Dawn. Told through the lens of a documentary film crew, this hilarious British series follows the day-to-day troubles of the firm's uninspired desk jockeys while capturing every cringe-inducing moment on film.