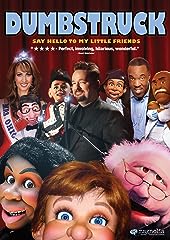 At the annual Vent Haven Convention in Ft. Mitchell, Kentucky, ventriloquism capital of the world, director Mark Goffman discovers five fascinating performers: Kim, a former beauty queen; Dan, a thriving cruise ship performer; Wilma, a former security guard; Dylan, an introverted 13-year-old; and Terry, who struggled for decades as a small-time performer before winning "America's Got Talent" on his way to a $100 million contract to headline the Mirage Casino in Las Vegas. Dumbstruck is the humorous and heartfelt story that follows these performers across the United States, Mexican Riviera, Bahamas and Japan, as they pursue their dreams of a career in puppetry.