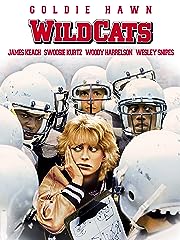 When a football team nobody wants to coach gets stuck with a coach nobody wants to hire, the laughs go into overtime.Academy Award-winner Goldie Hawn stars as a divorced mother who dreams of coaching high school football but who collides with sexist opposition. Only when the principal of the roughest inner-city school in Chicago challenges her to take a job everyone else refuses, does she finally get her chance. But tackling the opposition--including tough jocks (Mykel T. Williamson, Wesley Snipes, Woody Harrelson) and a combative ex-husband--may prove too daunting a task in this gridiron comedy.