They Call Me Mister Tibbs! 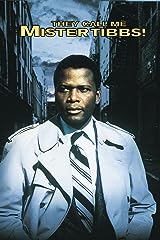 In this first sequel to In The Heat Of The Night, homicid detective Virgil Tibbs (Sidney Poitier) (Now married and living in San Francisco) investigates the violent murder of a Nob Hill prostitute. The prime suspect is a priest (Martin Landau)...a close friend of Tibbs...who was last seen leaving the victim's apartment. Tibbs is reluctant to believe that the priest, who is fighting for refore in city government, is capable of committing such a desperate seuxaully violent crime. Facing several threats against his life, Tibbs finally arrives at the absolute certainty that his friend is the murderer. At home, Tibbs faces another problem when he finds his 11-year-old son smoking. This problem Tibbs solves by introducing the boy to the "pleasures" of a very big cigar.