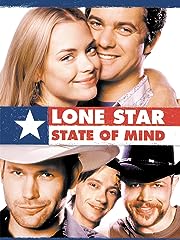 Joshua Jackson (The Skulls, TV's "Dawson's Creek") and Jaime King (Pearl Harbor) star in a hysterically rowdy look at small-town life and big-time trouble... deep in the heart of Texas. Also starring DJ Qualls (The New Guy, Road Trip), Matthew Davis (Blue Crush), Ryan Hurst (We Were Soldiers, Remember the Titans) and recording artist John Mellencamp (Falling From Grace). With a couple grand in the bank and a dream in their hearts, Earl Crest (Jackson) and his girlfriend Baby (King) plan their escape to Los Angeles from their hometown of Bennett, Texas. But a dim-witted cousin (Qualls), an ex-con and an angry drug lord threaten to derail their plans. Now, with just 48 hours to straighten things out, Earl finds himself in the middle of a mess - bigger than the entire state of Texas!