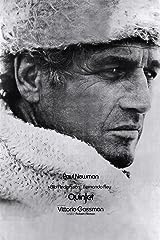 A somber science-fiction tale that takes place after a nuclear holocaust has thrown the world into another Ice Age. A man named Essex, his pregnant wife Vivia and her brother Francha are wandering the desolate, frozen landscape when they run across a handful of fellow survivors who pass their time playing a mysterious game called Quintet. No one is able to explain just how it's played, but Grigor appears to act as the referee, and the stakes of the game are unusually high -- after Vivia and Francha lose, they're killed in a mysterious explosion. Essex is not happy with the way they've been dragged into the village's game of death but, as he attempts to seek revenge, he is only drawn deeper into the lethal competition.