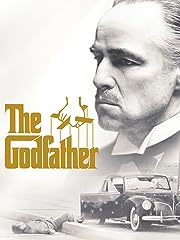 Michael (Al Pacino), the youngest son of Don Vito Corleone (Marlon Brando), the patriarch of the most powerful Mafia clan in New York, returns home from World War II determined to live a normal life. However, he is forced to take up arms in an epic clash between his father’s fading ways and the newcomers who threaten to make an ugly business even uglier. A multi-Academy Award® winning drama exploring the Shakespearean rise and near fall of the Sicilian mob in America.