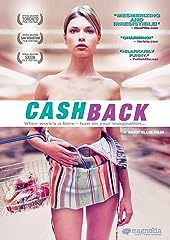 A young insomniac attempts to cope with his sleepless nights by taking a job at a local supermarket, only to discover that he possesses a curious coping mechanism in the debut feature from Academy-Award nominated filmmaker Sean Ellis. Ben (Sean Biggerstaff) has recently been dumped by his girlfriend, and in his grief he has lost his ability to sleep through the night. When Ben takes a job at the supermarket and makes the acquaintance of an odd collection of individuals, including silly slackers Barry (Michael Dixon) and Matt (Michael Lambourne) and aspiring kung fu master Brian (Marc Pickering), he begins to find his imagination taking flight in a most unusual manner. It seems that Ben has the ability to literally stop time, a talent that allows him to take pause, traverse the supermarket aisles, and ponder both his own life and the existence of the customers who stand frozen and completely unaware of his presence. As much a dreamer as Ben may be, however, his willingness to maintain his connection to the tangible, if slightly antiseptic, world he currently inhabits soon finds the wistful dreamer forming a close connection with disarmingly straightforward checkout girl Emily (Emilia Fox), whose solid ties to reality serve to offer a healthy contrast to the fantasy-prone insomniac's surreal form of escapism.