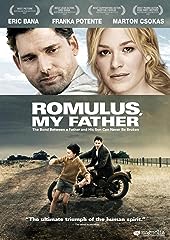 Longtime Australian actor Richard Roxburgh makes his directorial debut with this adaptation of Raimond Gaita's acclaimed memoir, adapted for the screen by poet Nick Drake and starring Eric Bana, Franka Potente, and Kodi Smit-McPhee. Despite their hardships in life, Romulus (Bana) and his beautiful wife, Christina (Potente), struggle to raise their son, Raimond (Smit-McPhee), to the best of their abilities. As the deeply moral Romulus struggles to make up for the absence and neglect of the boy's depressive mother, father and son build an unbreakable bond that is only strengthened with the passing of time.