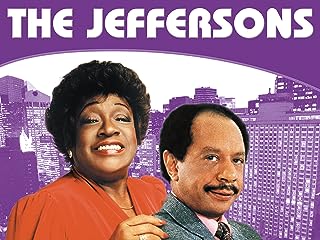 Developed by groundbreaking television producer Norman Lear, The Jeffersons began in 1975 as a spin-off of All in the Family. It follows a successful African-American couple, George and Louise "Weezy" Jefferson (Sherman Hemsley and Isabel Sanford) as they "move on up" from working-class Queens to a ritzy Manhattan apartment. The sitcom had a strong fanbase throughout its 11-season run, and it never shied away from controversial subjects--including racism and suicide. In 1981, Isabel Sanford became the first African-American woman in history to win a Primetime Emmy Award in the category of Outstanding Lead Actress in a Comedy Series.