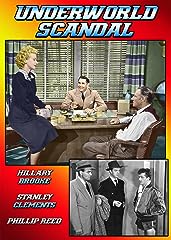 Returning for their final film in the Big Town series, crusading newspaper editor Steve Wilson (Reed) and his girl Friday Lorelei Kilbourne (Brooke) come to the aid of wayward teenage boys by paroling them under his care. Steve attempts to set up jobs and a Youth Center for the boys, putting five of them on a basketball team. However, local gangsters soon use the center to hide their ill-gotten gains and try to throw a basketball match with the boys, aided by one of the boys, Tommy. After one of Tommy's fellow miscreants is killed, Tommy amends his ways and helps put the gangsters away for good with Steve and Lorelei's help. Look for former Our Gang members "Alfalfa" Switzer and Tommy "Butch" Bond as two of the teenage hoodlums.